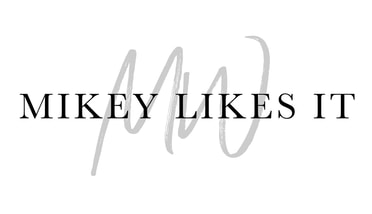 The Man in the Arena: Citizenship in a Republic
​Do Not Go Gentle into That Good Night
​The Road Not Taken

The Man in the Arena: Citizenship in a Republic
It is not the critic who counts;
not the man who points out how the strong man stumbled,
or where the doer of deeds could have done better.
The credit belongs to the man who is actually in the arena;
whose face is marred by dust and sweat and blood;
who strives valiantly;
who errs and comes short again and again;
who knows the great enthusiasms,
the great devotions,
and spends himself in a worthy cause;
who at the best knows in the end the triumph of high achievement; and who at the worst, if he fails,
at least fails while daring greatly;
so that his place shall never be
with those cold and timid souls
who know neither victory nor defeat.

~ Teddy Roosevelt
The Road Not Taken
Two roads diverged in a yellow wood,
And sorry I could not travel both
And be one traveler, long I stood
And looked down one as far as I could
To where it bent in the undergrowth;

Then took the other, as just as fair,
And having perhaps the better claim,
Because it was grassy and wanted wear;
Though as for that the passing there
Had worn them really about the same,

And both that morning equally lay
In leaves no step had trodden black.
Oh, I kept the first for another day!
Yet knowing how way leads on to way,
I doubted if I should ever come back.

Though wise men at their end know dark is right,
Because their words had forked no lightning they
Do not go gentle into that good night.

Good men, the last wave by, crying how bright
Their frail deeds might have danced in a green bay,
Rage, rage against the dying of the light.

Wild men who caught and sang the sun in flight,
And learn, too late, they grieved it on its way,
Do not go gentle into that good night.

Grave men, near death, who see with blinding sight
Blind eyes could blaze like meteors and be gay,
Rage, rage against the dying of the light.

And you, my father, there on that sad height,
Curse, bless, me now with your fierce tears, I pray.
Do not go gentle into that good night.
Rage, rage against the dying of the light.
~ Dylan Thomas
Proudly powered by Weebly